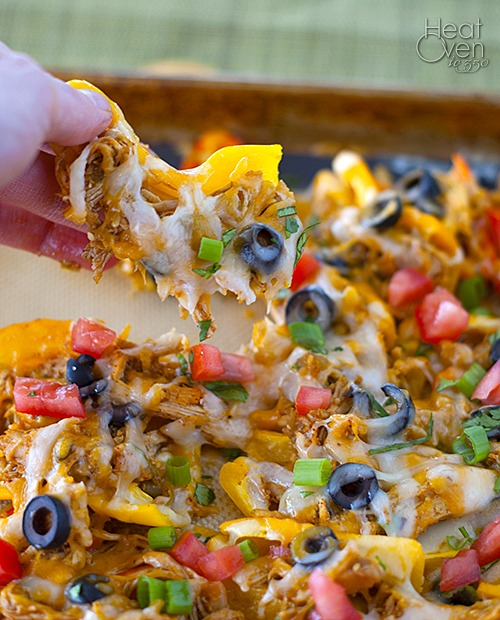 My husband was horrified the first time I made him nachos early in our marriage. I'm not sure if it was because they were microwaved or it was the use of American cheese slices. Either way, he did a double take when I handed him a plate of what we had always called nachos in my house growing up. (I love how being married to someone for even a short time can show you so many reasons that the family you grew up with was not as normal as you thought.) My husband took over nacho making after that incident.

Thinking back, I should have done something similar with our dinners. 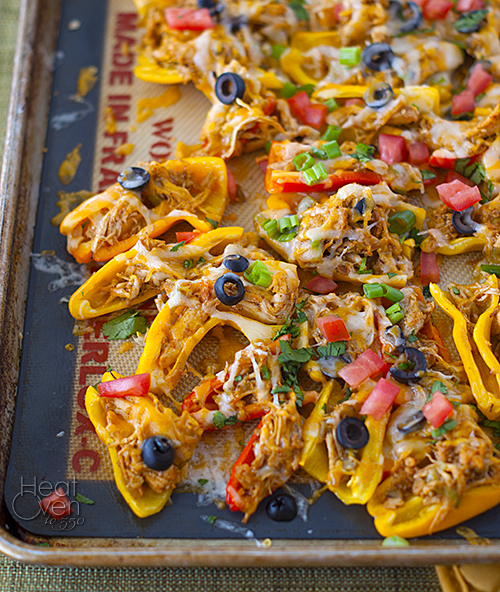 With my previous track record, you can see why my husband was skeptical when I told him I was making these nachos, especially when I told him there wouldn't be any tortilla chips involved. Skepticism turned to praise when he ate the first one, though. These nachos are delicious. Completely delicious. The chicken/salsa topping alone is tasty, and throw it on top of some mini peppers that are cooked just long enough to get slight sweet, add in some melted cheese and favorite nacho toppings and this is a new family favorite. The missing tortilla chips were not even missed at all. The mini peppers stay just crispy enough to spoon up the topping easily, and their flavor goes so well with the rest of the nachos. It's a great way to eat more veggies and a healthier alternative to regular nachos. I might even say tastier alternative. 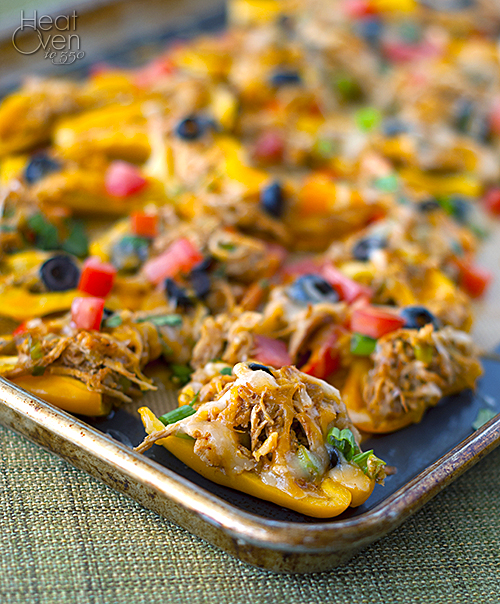